Sending a letter with only the first names of the individuals, or business. 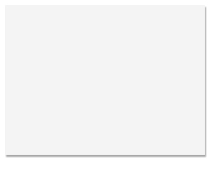 Sending a letter with only the first names of the individuals, or business.

If you think that sending a letter with only the first names of the recipient can cause problems, I can honestly tell you that you’re right.
The sender thinks that they have the address right, and so you send the letter to Joe, and Sarah, but you forget to put their last names on the
envelope, and after a couple of days, or maybe even a week, the letter is returned to you because it was attempted but the address was unknown, it
could have been that you entered a street number that didn’t exist, or you forgot to put the correct apartment number, or suite number for the
business that you were trying to send an item to, that’s why it’s always important to list a last name of the person whom you’re trying to get
in contact with, this information can help the letter carrier identify who you are even though the information might be incorrect on the envelope.
Filling out the correct information on the envelope can be the difference of having a successful delivery versus a delivery where you wonder if
a payment was received from a merchant because they have stated that they haven’t received a payment that you mailed two weeks ago, when you left
off the suite number of the recipient, and now that letter is being returned to you. When dealing with a business, Jack isn’t the same as Jack-In-The-Box,
so it’s imperative to list a business as clear as their name is stated. If you have three banks on the same street, and you send a letter that only
has bank on it, and you don’t list the street name, or bank branch then you can expect to have your letter returned as well. If you move, and you use
old address labels from where you previously lived, then you can have potential problems from this as well. These are tips that can save you heartache,
and time when dealing with your mail.