Making the extra effort to deliver a package. 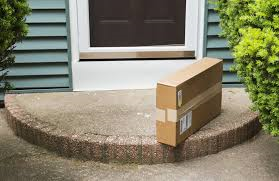 Making the extra effort to deliver a package.

Making the extra effort to deliver a package can go a long way for a customer, or a business. People never forget when a delivery merchant makes an extra effort to deliver a package, that they have been waiting for to be delivered, it could be medication, boots that a solider ordered for an upcoming dress inspection, a mountain bike that a customer is looking to ride for a charity event this upcoming weekend, or a variety of other things. Leaving a package in at the front door of a building that you have access to isn’t making the extra effort, as a matter of fact leaving a package at the front door of an 8-plex apartment unit can enable a porch pirate who isn’t a resident of the building to simply walk up, and take the item without being challenged by the residents who live in the building, and what makes it even easier is the fact that the 8-plex doesn’t have a camera to capture the porch pirate committing the crime, and when the package says to leave the item if the resident isn’t present, gives the delivery merchant the green light to leave the item, and prevents them from having the responsibility of having to refund your money, or replace the item. In a residential neighborhood, it doesn’t make sense to walk all the way up to a house, and leave a package out in the open when the house has an area where the package can be hidden from the eyes of potential porch pirates, it’s kind of like Super Bowl XXXIV, when Kevin Dyson a wide receiver for the Tennessee Titans, caught a pass to attempt to score the game winning touchdown for the Titans, but was tackled by the St. Louis Rams linebacker, Mike Jones, a yard short of the end zone. Customers, and businesses deserve better, it can cause a large delivery merchant to lose business if employees don’t make the extra effort to deliver a package. www.iwantmymail.com More than just a blog!